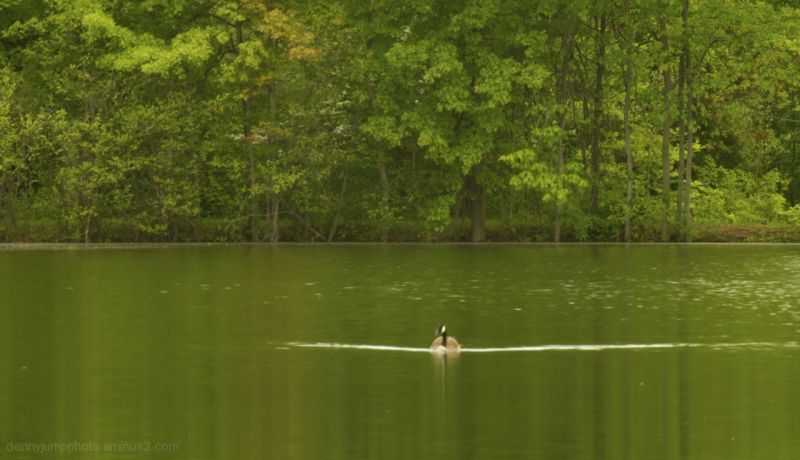 Now, certainly, a goose may not be the first thing that we think of when we consider a great and wonderful nation.....

Every late autumn and every early spring, when I look to the sky to see and hear Snow and Canadian Geese making their way Southward or Northward, I think about Canada!

Canada, where my maternal Grandfather and his parents immigrated from Germany to make their home near the shores of Lake Ontario.
Canada, where I have so many dear and wonderful friends.
And Canada, whose beautiful flag brings a smile to my face and a true sense of pride to my heart whenever I see it, because I know that through my veins also flows a bit of good old Canadian blood.

Canada...the nation whose citizens, without a moment's hesitation, opened up their homes, hearts, and pocketbooks to aid all those citizens of the US and other countries on that terrible and disastrous day of September 11, 2001. And since 2002, Canada has provided an unparalleled array of military, medical,health, civil construction, and educational contributions to the efforts in Afghanistan.

During the Vietnam era, Canadian citizens voluntarily joined the United States forces to fight alongside their US neighbors, friends, and relatives. These brave men and women did not need to do those things, but they did them anyway! And in doing so, many made the ultimate sacrifice for their brave actions.....

One such brave soldier was a young man named John Austin Anderson, from Ontario, who, in 1967, went down to New York State and enlisted in the US Army. John and I did not meet until we both wound up in Vietnam in the same platoon. John was a kind and unselfish guy and during the short time that I knew him we became friends. But John never retuned home from Vietnam. On May 13, 1968, John Austin Anderson was killed in a fierce ambush, alongside many other members of my platoon high atop a remote mountain near the Cambodian border.

So, absolutely, when I see that Maple Leaf flag or hear those geese flying overhead, I look to the sky and I think of all my friends and relatives in Canada and I especially think - each and every time - of John, his family, and his homeland. Canada: Beautiful, wonderful, full of grace and pride!

Speaking of pride, some may ask of me, am I not proud of my own country, the United States? My response would be: 'Well, first of all, I am sorry that you feel you have to ask. I am a Vietnam Veteran and proud of it. I am very proud to have served and I am most certainly proud of my country and all the brave men and women who gave their lives so that we might enjoy ours. And many of those brave soldiers were from Canada!"

To me, it is only right that I pay tribute because I strongly believe that two great nations, such as ours, can only grow safer and stronger through continued understanding, companionship, and love.

So, if I may, please allow me to wish everyone a very wonderful Canada Day! Thank you for all that you do, and thank you for who and what you are.
May God Bless you all!

Stirring words from Real Life there, Denny. Reminds me our Canadian friends were alongside us way before Vietnam and the queue to be thankful should be a long one. Happy Canada Day out there.

@Ronnie 2¢: Thank you Ronnie and Lilly - I quite agree. And the partnership and friendship of Great Brittain, Scotland, Ireland and the US are just as strong and endures, even though we yanks are rediculous to work with....Cheers and have a wonderful weekend.

Great stirring post Denny, I must admit that with the new Duke and Duchess visiting Canada today I would never have thought about Geese!

@Curly: Hi Curly, thank you so much. You know, I must admit that with my medical procedure to prepare for (which was yesterday), and all the things I had to do at work, it completely slipped my mind. I still would have used the goose because that is what my "script" was wrapped around. But I think their trip (the young Duke and Duchess) is a coincidental, but wonderful example of the things which I hope for: Youth carrying onward to make things even better. I have high hopes for this fine young pair! Thank you very much Curly. I hope you have a wonderful weekend!

thank you so much, Denny ~ this is such a wonderful tribute! I am with you in your sentiments ~ we are all stronger when we stand together united in compassion, caring and concern for each other ~ you, dear friend, are a perfect example of how our countries (and the world) should walk through this life - as companions on the journey. Thanks so much, Denny. Happy Canada Day to you as well.

(thank you for sending me the little note, I am glad things went well - stay well my friend)

@Scene by Sharon Photography: Hi Sharon - You are most welcome and it is I who should thank you. Your kind comments and wonderful friendship, electronic though it may be thus far ;-)...your wonderful friendship is such an honour for me to obtain. Your support of my "work" is so positive even when the image is not deserving...this is the sign of one with a very dear heart! That's you! Happy Canada Day and I hope I get to see a few glimpses of the Duke and Duchess in country...Curly's note reminded me...I had completely forgot!! Have a great day all of you...hug those grandkids!

What a beautiful tribute, Denny. Your personal connections to Canada, and the poignant mention of those from our country who have served and sacrificed is deeply moving. We are a staunch ally. We share the world's longest undefended border and we are unparalleled trading partners and tourists going in both directions. In a world so often torn up by strife and ongoing differences, we are both fortunate nations to co-exist side by side in societies that cherish freedoms that many others can only envy. Thank you, good sir.

@Rick: Thank YOU, Rick...such beautiful words, as always, from your heart. I really appreciate this and the tears continue to well up just a bit here this morning as I read you guy's text ;-) Thanks guys - My love to you all! And have a great holiday!

wow Denny , what a wonderful tribute you gave us in this post ! Thanks for this , and thanks Canada for having us all refugee as its own children :)
Happy Birthday to all Canadians and all who love and respect it as their home, like you ;)

@MARIANA: Thank you Mariana, and yes indeed, I quite agree...Canada has opened her arms and heart....I wish you peace and happiness!

Wow, that is quite a story! The Canadians love you.

@Julie Brown: Thanks Julie! I hope you have a great weekend and happy Fourth! Getting ready for your next trip yet?

@Nina: Thanks so much, Nina...I like green too ;-) Have a great holiday...our grandson Tyler hit a three run triple at the first game of the Al Stars the other night. I wish your Tyler all the best too...must be something about the name Tyler eh?

I am thrilled with your post today, Denny, as I too, have Canadian blood in my veins. My ancestors came from the UK to southern Quebec and my line of their family came to MA. I have cousins in four provinces of Canada and have met some of them. My heart always soars when I hear their national anthem ... it stirs something within me.
Your history with Canadians is remarkable. Today I join you in wishing every Canadian a HAPPY CANADA DAY!

@Judy aka L@dybug: Beautifully stated Judy! We are cousins of a sort;-) Thank you so much for your kind remarks and thank yOU for YOUR fine salute as well! Wishing you all the best! DJ

What a wonderful tribute! Even though Americans sometimes get a bad rap here, your post is a clear indication that you don't deserve it. Happy Canada Day to you too.

@Andrea: Hi Andrea -Thank you so much! I do hope you are having a wonderful Canada Day....and I have my fav t-shirt over my belly...The Weakerthans t-shirt with the mountains on it....To me, those guys and SO MANY other wonderful musicians and artists from Canada, have made my life a musical paradise....everyone from Neil to Gordon to Joni to these guys and so many more..the liet goes on forever....all the best !

That was a lovely tribute and the Canadian goose makes it perfect!

@Elaine Hancock: Hi Elaine - Thank you so very much - have a great Fourth!

I agree with you, Denny. Happy Canada Day!

@B. Thomas: Hi Barbara - Thank you very much..I know there is a ton of Canadians in Texas as well...Now our day is coming up...this should be a great weekend! I hope you guys have a wonderful holiday weekend!

now that goose had no idea how he was setting up your waxing eloquent:)))

@john4jack: That's why he is so "fuzzy" he knew that "something was happening here, what it was wasn't exactly clear"....Have a great weekend Jack!

Bravo, Denny! Your eloquent words and sentiments are well-said, and heart-felt. We in America are truly blessed to have such a wonderful nation as Canada for a neighbor.

@Viewfinder: Thank you so much, Glenn..I really appreciate the supportive comment here! It really means alot to me! I hope you have just a wonderful holiday weekend...Monday it's aour turn - I am running a little "Americana" series starting tomorrow..but it's my notion of Americana so there ya go ;-) Cheers!

A fine looking Canadian there!

@Steve Rice: Thanks Steve ;-) Have a great Fourth!!

Beautiful scene Denny. I live so close to Canada that I can literally shout and someone in Canada could hear me. I spent summers there on lake Erie as a kid consider myself to have dual citizenship even though legally I do not. Happy Canada Day Denny and Happy fourth as well.

i fully share your sentiments about canada, denny, and i love this "canadian" image!

Very moving, Denny. And a gorgeous image to go along your tribute to Canada.

A fine photo, and I like the slightly narrow format. And how about that green! Very lovely.