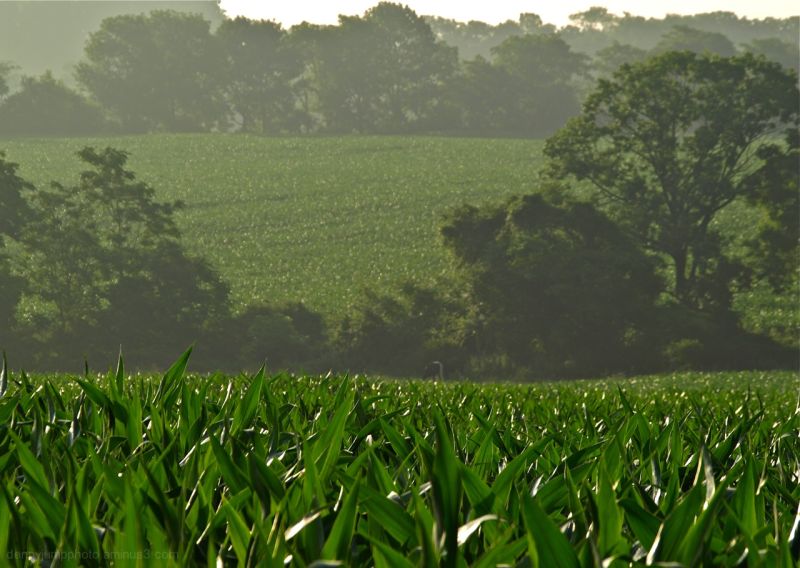 A lighthearted verse (I hope) by this American:

Beyond the corn, still young, whose leaves reflect the joyful sun;
Within the heat that rises from this crop, she endures...
In the edge of the first field stands the intrepid early morning...Watchcow....
Protecting her crops of corn and soy....
and wonderfing... "Where the hell is Martha!" (the day shift cow)
"She's late again!"...and I'm hot, ...oh boy!"
(end)

So here we are on a weekend which, when taken with yesterday's Canada Day, embraces the birthdays of two great neighbors: Canada at 144 celebrated yesterday, The United States on Monday, will celebrate her 235th birthday.

Now, the commercial side of "Americana," has become a boon to craft stores and all manner of commercial interests, selling everything from dinnerware, to baskets and craft items. But the basic concept of "Americana" also strikes me as being a genuinely sincere phenomenon when taken in a serious, historical manner. And, I think (or at least I hope), that this was the basis of the idea.......well, maybe not...after all this is a corporate state...but I digress....

Despite all of that, and as Curtis Mayfield once sang: "I Choose to Stay a Believer." So, in the coming days, I will present some images that you may find strange, in terms of their "association" with our Independance Day, but to me, they do represent the concept of Americana at least as I see it.

As for this image, this United States began primarily as an agrarian land and I can see no better way to start this series off than to feature the hot, humid, hazy facts of Summer in Farmland America...This is Western New Jersey, by the way...Not too shabbby! I hope you enjoy.

Superbly beautiful Denny, and a wonderful showing of magnificent depth. Probably one
of the best images that I will have the pleasure to see today.

Denny, this is pure delight. I love the layers of greens and your wonderful light ! The clear sharp foreground and the misty soft second part work together in enchantment, really original, bravo.

This is definitely an "ahhh" photo - makes me sigh in contentment - it is so peaceful, calm and beautiful - nature at its best, captured by a gifted photographer. Thank you for this lovely image to start my day. :)

What a beautiful photo you have offered up to kickstart this wonderful series idea. That foreground is stunning, as is the light beyond it. I really like your take on what will be Americana as you move through the serial. It truly is an amazing country with such a storied history thus far packed into those official birthday years and the many that preceded them. The sheer variety of topography and climate, too, is mind boggling to think about. A place of mountains, deserts, rich farmlands, stunning coastal regions, everglades and bayous... and on and on. I look forward to what you will share!

A wonderfully crafted image Denny! I am definitely looking forward to your series of impressions of Americana! ;-)

Great image Denny! The three layers are in perfect harmony.

Americana at its best ... and I look forward to more in this series. I like your light-hearted verse.
Have a safe and meaningful weekend.

A very good composition and shot !

Beautiful shot, Denny! Just love that being up close and personal with that grass and seeing the landscape as it recedes into the background. Well done!

How fitting as we approach Independence Day.

It definitely looks to be knee high. Cool shot.

That is just an excellent focus! I love the layers of green. Really well done!

what an apt start to your series, denny! this IS very american, and thankfully it can still be seen in many places ... (waiting for more to come!)

Magnificent atmosphere of summer time in the corn belt.

What a wonderful photo. I love the hazy light and the GREEN everywhere. I also like the variety of layers in the composition. Very nicely done!