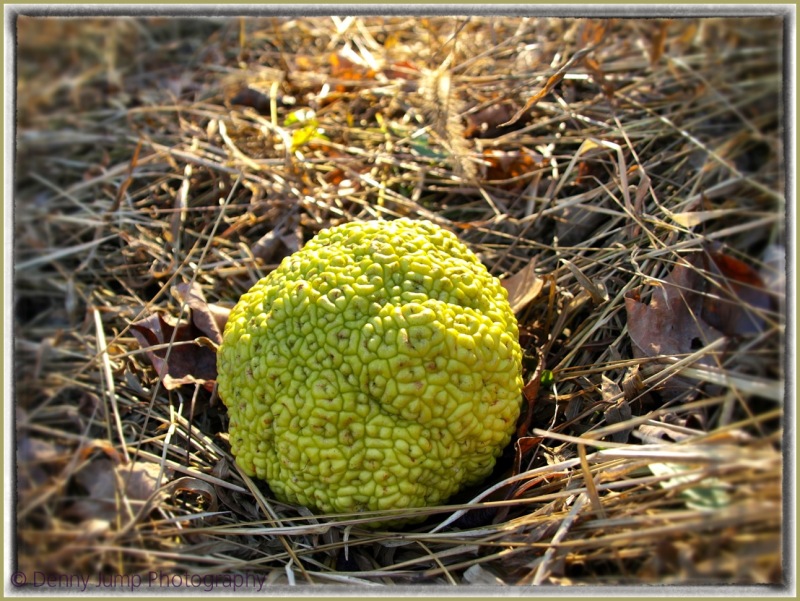 At the edge of the woods, on the fringe of a cornfield
About 20 of these guys were "growing" (??) in the hay.
I have absolutely No idea what they are - or were.
But they lent credence to the theory that cornfields have brains.

I was feeling rather paranoid by the time I left.
As I hurriedly departed, I turned around periodically to look at them....
I could have sworn they were moving and changing positions...
Nah! Not Possible.......I think.

But, what did they say? Cool shot.

See I told you they are among us ! Happy Silly Tuesday Denny, or is it now Spooky Tuesday !

I can hear them laughing deep inside - what a catch. They seem to have all gather to build Hulk's brain ! ;)

Use caution, Denny - these monoaterians are very unpredictable and don't know left from right or up from down ! Might not even know it is Tuesday.

I'm sur there are aliens with a green growing brain !

I'm glad you didn't stay too long, I think they may have devoured you :-)

What's it ? so strange. nice found. thanks for sharing here.

I found one of these recently when taking the dogs for a walk. It was just one all by itself on the ground. I was trying to figure out what tree it had come off of because all that was there were trees. I have no idea what it is! Happy ST!

Me thinks you stumbled upon some Osage Oranges ... look here and see what you think, Denny. Have a happy ST. ;D

@Judy aka L@dybug: Well How about that!! I think you definitely have hit on it, Judy...I KNEW someone would tell me and to be honest I figured it might be you or my sis in California! THANK YOU very much, Judy :-)!!!

You're so welcome, Denny. I knew when I saw it that I'd seen these before, so I typed in 'green fruit looks like tennis ball'. Up popped some answers. ;D

Yes, osage orange -- or we call them Hedge trees and Hedge Apples.