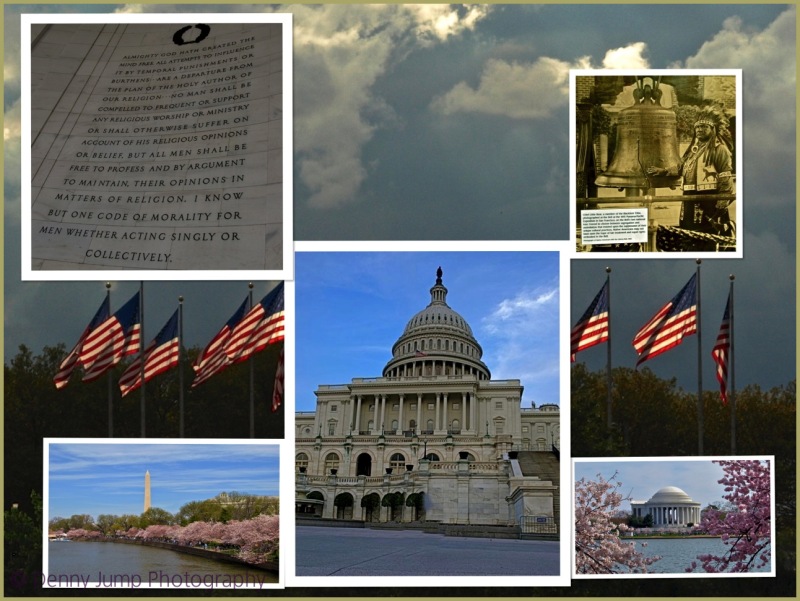 The third Monday in January is the day we celebrate the life and accomplishments of Dr Martin Luther King. and all of his contributions to the quest for peace, tolerance, and cultural and ethnic freedom.

The fact that this wll be the swearing-in for a second term, of The United States' very first African-American President, and that it is combined this year with Dr King's Day, is of very particular note. It is a point that brings happiness and pride to many, including myself. The American people have convinced me - twice now - that, in this country, there still exists a vast number of kind, sincere, and level-headed people who want to help others, and who believe in freedom and tolerance. This, despite the increased polarization that is occurng in this country these days.

But, make no mistake, there are also those who regard this day as a dark day. A day for bitterness and hatred. There are those who look upon this day with despicable intent. They who carry the torch of hatred and wield the sword of bitterness. Instead of working with others, they make every possible effort to destroy things that others have accomplished.

Our only hope - those of us who care - is to perservere and do what we know in our heart is the right thing to do: Strive for understanding, Embrace cultural differences, Push every day to make sure that everyone receives fair and equal treatment. These ideas are what this country was based upon and they are the things that make freedom loving people all around the world, look to The United States as a model for freedom, tolerance, and equality.

I would like to say two things now: Happy Inauguration Day, Mr President!! - God Bless you and Thank you, Dr King.

Great words, a kind tribute to this special day.
Good to point out the conjunction of this celebration day with the Presidential inauguration's one, as I didn't notice before reading your words...

A superb post for this momentous day in the history of your country, and indeed a wonderful pairing of events for the day.

Excellent collage to selebrate today, Denny! :-) Let's hope those people who look upon this day with dark feelings in their heart are becoming more and more a minority with each passing year.

That's the way of politics in a liberal western democracy Denny. We should be thankful that we have those diverse and contrasting choices, far better than having none at all.

Yes, a day to celebrate in Peace and for Peace, thank you for remind us all with your words and great collage ! Lincoln's bible has been honored again today and that's a good thing for us all, Peace my friend***

Wonderful collection of photos for this historic day! Great presentation!

Beautiful compositions. I love your collage here and your thoughts for this day.

This is an absolutely wonderful collage for this historic day Denny. Thanks for supplying the great narrative to go with the collage. Actually this is my first time getting on Am3 since Saturday so I'm playing catchup. Also didn't know about the spotlight until now.

very lovingy arranged images, denny, and very fitting words. congratulations on people as remarkable as MLK and president obama. amazing how things have developed and progressed! what was unthinkable when we were young is no longer so - this gives us reason to hope that what you express with your words will come true one day as well ...

Hi Den, I must have something in common with Curly --- he seems to understand that good-hearted people can have opposing views but the trick is to see the world in a realistic manner --- sad as that may be at times. It's our only hope --- have an open mind and allow personal freedoms to exist in a positive way. So tell Curly I'm glad to hear his comment. Oh yeah, BEAUTIFUL sunset, too. Glad to hear it wasn't a sunrise ---- shopping that early is scary! Love ya, brother. peg

@peggy n: Hi Sister :-) I liked what Curly said - no arguments there at all...you know mw I tend to get a bit emotional...but good words from Mr Curly for sure and You as well for certain! Thanks for the sunset comment too....too damn cold back here right now to go messin' around with sinrises...whoa! Love "youse guys" <3 :-)

My turn to catch up, and this was your post on the day we left on our cruise. Wonderful images merged into one and meaningful text ... as yours always are!