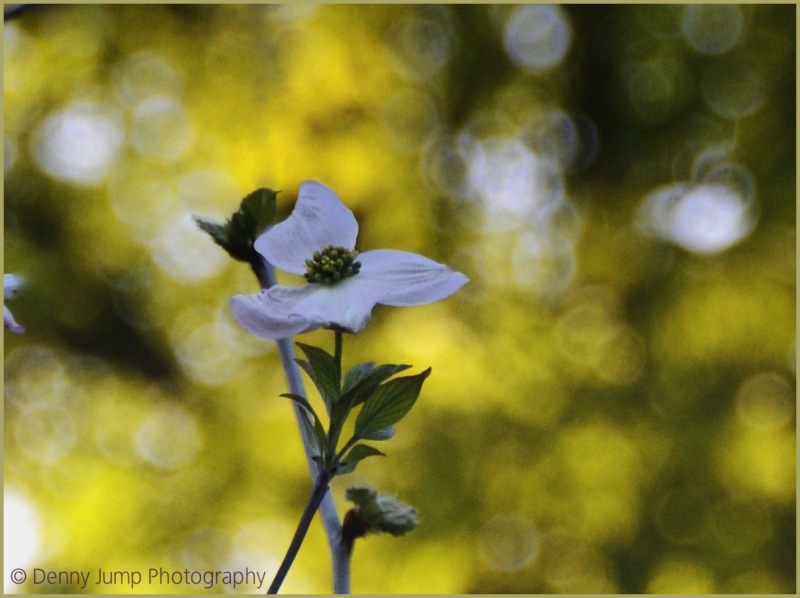 The Dogwoods here in our region have come on slowly.... and mostly not very attractive this year, to be honest. But I found one particular tree very near our own Bushkill Creek and right alongside a main road. But the tree was screaming to be photographed as it had hundreds of blossoms. The challenge became (a) not getting run over by traffic, and (b) shooting the blossoms without including the telephone pole that was nearby,(c) the guardrail for the road, and (d) the wires from the pole. I captured several shots - some wide and some tight. Here 's one that I liked because it had a rather nice backdrop of the evening light. I'll show some more shots soon :-)

It took a brave man to get this image, Denny - you likely caused a few pileups, diversions, outages and a manhunt but the main thing is you got the shots !

@Ronnie 2¢: Absloutely kid sir :-) But my wife worked for surgeons and hospitls for years, so she was ready with the mobile phone and emergency numbers .. Thanks Ronnie :-)

@franz: Thanks very much, Franz...fortunately traffic was light :-)

Gorgeous shot, love that bokeh at the back.

fantastic work! the flowers is beautiful and the bokeh is equally as good!

A gorgeous shot of the pretty Dogwood.

I love dogwood, but we don't have many in our area.

One of my favorites, Denny.