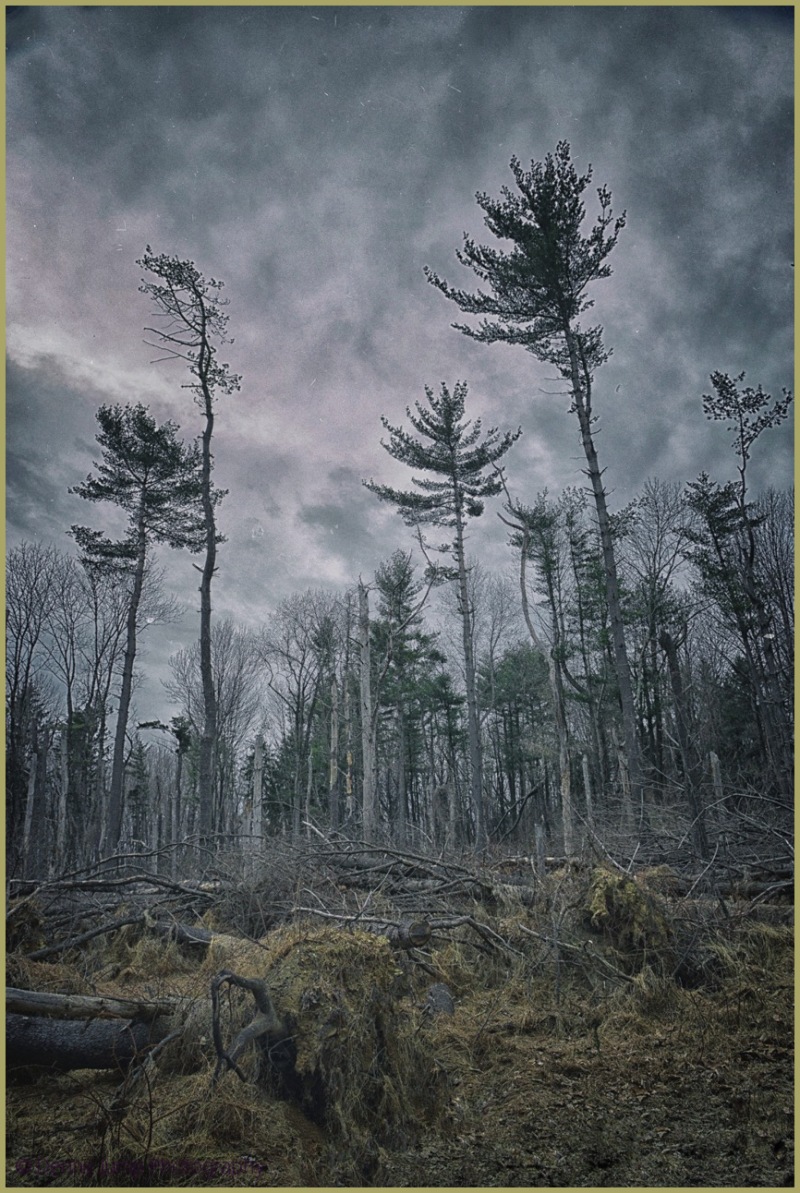 The storm came through that October day. The wind blew and blew.....and blew still more. It ripped and it sucked and it pushed everything! One way, then the other....Trees - one hundred years old - were ripped from their "homes" Like a tissue is removed from a box;

The next day, looked like this. That day was 29 months ago, yet the devastation remains even now, partly because it is so much to deal with, but also, over time, nature will do what it always does with slow and natural change.

What you see here is the result of Hurricane Sandy that came through our area in October of 2012. This is Merrill Creek Reservoir area - The areas that were hit like this, have become a point of interest and, in a rather "different" way, a point of beauty. But the Hurricane itself, and all the destruction it caused was far from beautiful.

i like your processing work on this shot to give the scene a dramatic post-catastrophe look and feel...

An amazing scene of nature beginning the process of renewal, superb image Denny

Nice presentation of the damage and the aftermath.

The drama mood is so well shared here. Superb, in a way.