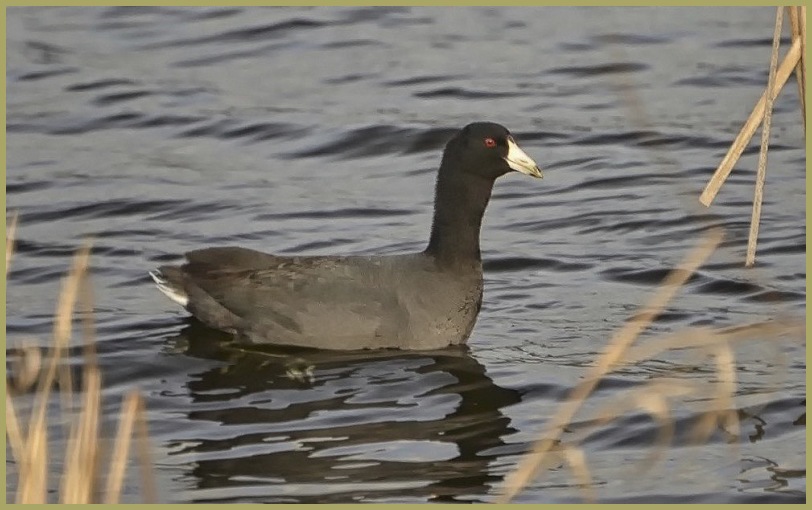 American Coot
The American Coot is a medium-sized bird with a white bill, yellow legs, and lobed toes. The body is dark gray to black with a blackish head and neck. In western Washington, Coots are found in the Puget Sound region and the Columbia River. They are rare along the coast except in winter. There are large numbers on nearby Lake Washington near Seattle (King County). They occur throughout eastern Washington wherever suitable bodies of water exist.

Below is the link for a video I captured of young Coots in training at Lake Sammamish which is a short walk from our house. ps - I apologize for the poor video quality.

Looks very much like my local coots . . noisy and ill-tempered as they are !

@Ronnie 2¢: Thank you Ronnie. These guys seemed to be fairly quiet but perhaps they are just getting started. Franz said he has them as well ;-)

What a handsome bird, and you framed it nicely with the grasses in the foreground.
We have coots here, too, I just found out, though I encounter them only rarely on my walks.
I like the video and how they take off - or try to - as if on command!

@franz: Thank you sir! ;-) I restart like these birds - I knew very little about them previously ....Cheers ;-)