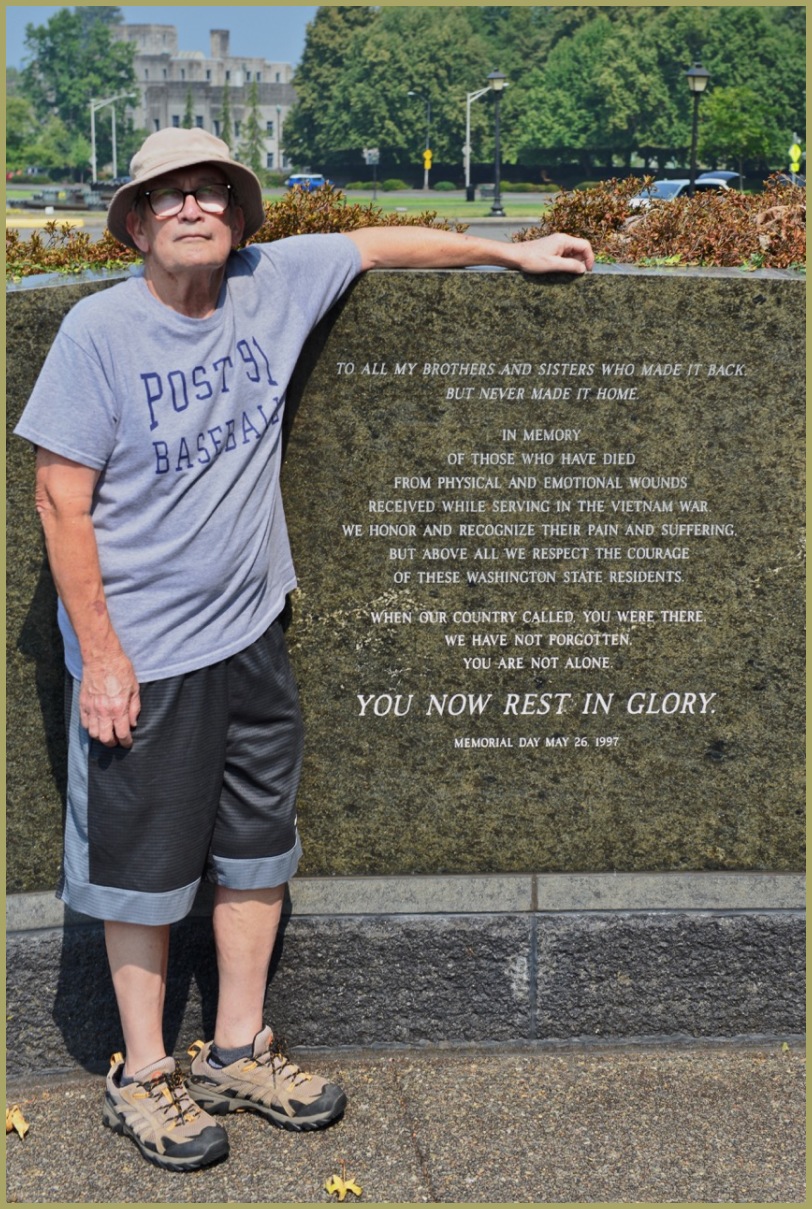 Positioned strategically in the grounds of the Washington State Capital is a very touching and proper Vietnam Veterans Memorial Wall dedicated to Veterans of the Vietnam War who hailed from the state of Washington. The wall contains the names of all those Washington state personnel
who never made it back.

Although I am not a born citizen of Washington, I had some very close buddies from Washington when I served in Vietnam....I was not able to find any of their names on the wall - which was a relief to me - but it did not take away from the impact of being at this wall in Olympia....I have to admit, I felt the same emotions here as I did at the Vietnam Veteran's wall in Washington D.C.

My son was there with us and he kept my spirits up and he took this shot of me. I was feeling some emotion that I always feel in places like this...

The Inscription Reads as follows:

TO ALL MY BROTHERS AND SISTERS WHO MADE IT BACK, BUT NEVER MADE IT HOME

IN MEMORY OF THOSE WHO HAVE DIED FROM PHYSICAL AND EMOTIONAL WOUNDS RECEIVED WHILE SERVING IN THE VIETNAM WAR, WE HONOR AND RECOGNIZE THEIR PAIN AND SUFFERING, BUT ABOVE ALL, WE RESPECT THE COURAGE OF THESE WASHINGTON STATE RESIDENTS.
WHEN OUR COUNTRY CALLED, YOU WERE THERE, E HAVE NOT FORGOTTEN. YOU ARE NOT ALONE.
YOU NOW REST IN GLORY.

Great and worthy tribute Dennis. The camaraderie that was built in the trenches must still be very strong.