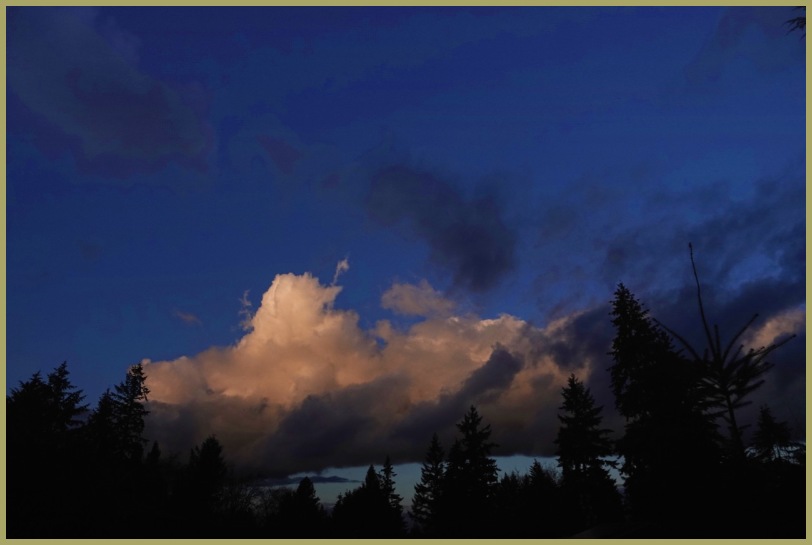 The title of this post is the song written by Bob Dylan way back in 1973 and was part of the soundtrack for the movie "Pat Garrett and Billy the Kid." The song immediately came into my mind when I stepped outside Sunday late afternoon....The winter sun was just beginning to go down and the clouds were pink from the glow.

I Have been fumbling around with a new camera that I just got: A Sony DSC RX10M4 (also known as DSC RX10IV). This camera is awesome!! It better be because I sold all my old gear to get enough money to purchase this camera ;-) But my early statement is that the new Sony is Well worth it for an old 71 year old guy with a body riddled with arthritis and tired of lugging around heavy gear....

Cheers and Happy New Year all!!

@Jaya: Thank you so very much, Jaya!!

Excellent stuff, Mr. Jump. Thanks for another year of your insightful and thoughtful posts. Happy 2019 wishes to all of your family !

@Rick: Happy New Year to you as well, sir....without you, my world would be badly in need of inspiration and resolution....(the Thinking kind).....! Happy New Year, sir!!

Great use of light that makes the cloud really "pop"!
May you have a Happy and Prosperous New Year!

@Steven: Thank you so much, sir!!! I hope your New Year is fabulous!

A beautiful sky with those great clouds. Congratulations on the new camera.

@Steve Rice: Thank you Steve....It is a great camera....I think ;-) ...It will take me MONTHS to properly learn how to operate the camera, solely because I have very poor retention....oh well..I really love it/ Happy New Year Sir !