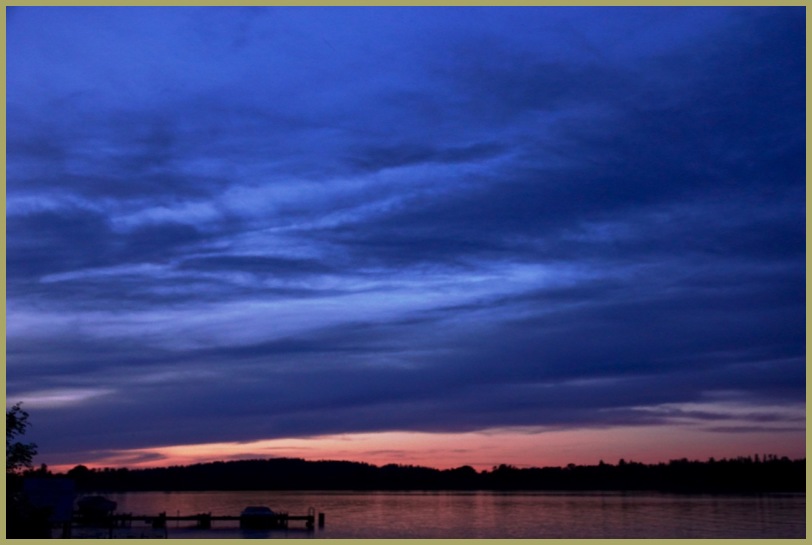 Last Night (Saturday 18 May) I was putting the end to what began as an optimistic Saturday evening photographic adventure:

My primary goal was to capture the full moon rising!.....Yes - Typically, the best night to do that would have been Friday night..... but, I was unable, on Friday, to get out ....So, I watched the sky closely on Saturday evening and even though I was concerned about the cloud layer that we already had, I noticed that the eastern horizon over the Cascades was still "clear as a bell!" So, I figured, "Ah, what the hell, give it a go!"

I am REALLY LUCKY to live on the slope of a steep hill (albeit, covered by houses) where one can still get some nice views of the Cascades to the east and Lake Sammamish below (also to the east). It is possible to accomplish all f this by walking (read "Climbing!) but you need lots of time and LOTS of stamina to walk up anddoown the VERY steep hills! So, I normally use my little car to buzz up to the hill top for moonrise and horizon shots, and then zip down to the parking lot of the Lake and walk down to the shore from there.

So, on "Phase 1" of this adventure, I was there, at the top of the hill, conversing with some neighbors....they wished me luck and went inside their house ....as they did, I noticed that the clouds were approaching the very portion of the horizon where the moon was supposed to rise (according to my TPE App (The Photographer's Ephemeris)...Lo and Behold, this is exactly what began to happen...No moon tonight!!! AARRRGGGHHH!

So, when all this became brutally obvious, I noticed that there still was a bit of a gap over the Cascades - in other spots to the east - but more to the North...So, I drove down to the lake and figured maybe I could get some "color reflections off the water and from the horizon.

By the time all of this occurred, There was not a great deal of time left....still, it was nice enough to enjoy the colorful reflections off the water and the silhouettes of Ducks and other items like the pier you see.....( I know, "Whoopee!")

So at the end of this moderately "not great" photo shoot,I was still happy to get out there and enjoy my surroundings....I Made a few more images of various scenes and, to me, the night was hectic but certainly not a complete disaster. Still, I would have to put it down as a photo shoot that, in my expectant mind, came out close to Oh Man - Not So Good!""

Nevertheless, I rather like this image...and I have a few more I will put in the blog...

However, I promise not to be quite so "wordy" on the coming ones ;-)

Your bad luck with your moonrise shooting gives a very nice and moody evening shot at the lake as result.

Congrats for this great shot!

All was not lost. You came home with a very nice shot anyway.

That sliver of pink in the sky and reflected looks great against the the darker clouds.

I like the bands of blue toned clouds in the sky and and the layer of warm tones below is also very engaging. Being out there is the main thing and you still made the most of it by taking this photo and just enjoying nature.