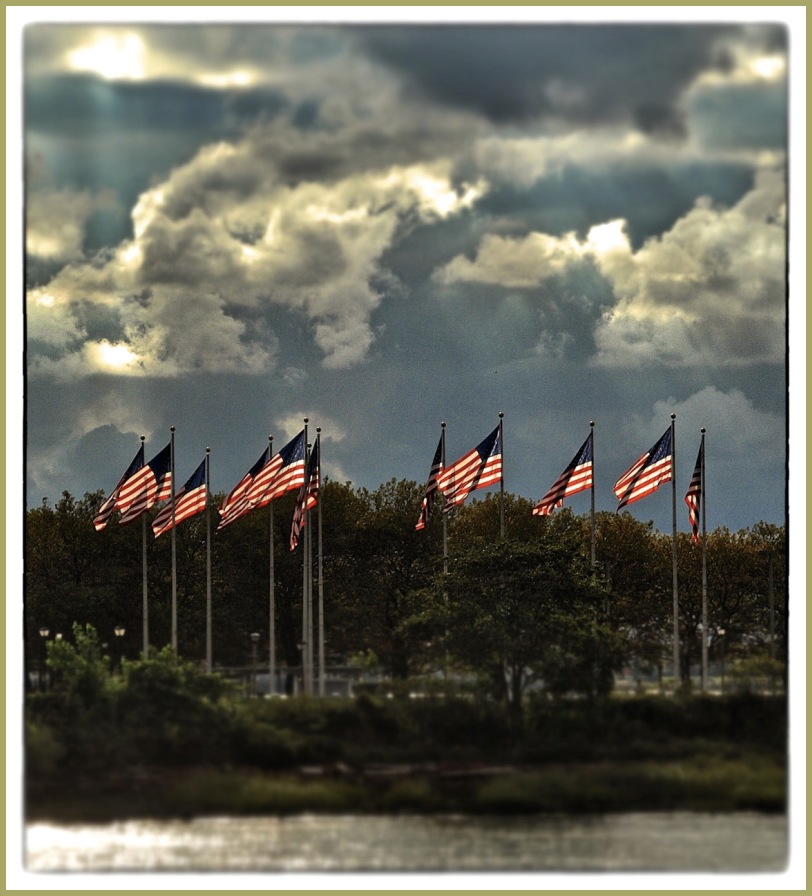 A Question of Humanity

Here, we see multiple flags!
But, what we really see is just one flag!.....
This “one Flag” is the flag of The United States of America.

However, what is now being projected by some of our "Leaders" is completely antithetical to that which was INTENDED by the makers of our nation!

All these words are mine. But our future is truly standing at a border.....A border that denies those who once were welcomed and given respite from evil deeds and evil governments

What we have now is a border that repels those whe need help the worst.

This is not our country!
It is not what this country was and should be!

Politics is a dirty business. Not only in America. It´s all over the same. Nice to read your words, Denny. I think, the most members here in this international aminus3-blog have probably about over our all daily life pictures a better view and lot more open horizon for the other lifeforms of other peoples than "our" leaders. Have a nice weekend and all days good light, my friend!

@Ralf Kesper: Hi Ralf! Thank so much for your words here. I must admit that I have strong personal feelings regarding the events (and "Leadership") in this country. It is easy to forget that others around the world may be fortunate enough to not worry about these things ...at least not quite as much. My primary reason for sharing this post was this fact: What happens with the leadership (?) in this country....what they do and the actions they take... can have some very negative impacts around the world. My worries are not just for me, or my neighbors next door, or my friends and relatives in Canada....My worries also spread to my pal Tamara in, Belgium, Maciek in Australia, Franz in Austria, Rick in Canada, and ALL my other Aminus3 friends in Japan, New Zealand, Finland, and All around the world. My fear is that what happens here with this madman that we have...and his misguided followers. could very possibly create a terrible situation that affects all of us. So these are my reasons - I LOVE this Aminus3 Family...I love you ALL...and I pay that things get better before they get worse. Thank you So Very much, Ralf....My love and best wishes to you and Thank You So Much for your message <3

@Libouton Martine: Hi Libertine! Bless you and thank you for your wonderful posts <3

A beautiful image of the flags. You know what I think of certain leaders.

Some wise words but this is not limited just to your leaders Dennis. The whole world is unfortunately regressing to caveman mentality. Period of openness has ended and walls and borders are going back up again everywhere. Some may be warranted, some just for the sake of it and out of panic. We all hope for the better but for now all we can do is just stay true to ourselves and work to stay together despite the barriers that are being put up.

@Darkelf Photography: Thank you Maciek! I completely agree with you...the entire world seems to be regressing to this mentality that you speak of....I worry so much about how our children and grandchildren will survive.....all because of the insane cruelty brought about by these mad men! Thank you, sir!

This is a wonderful image and I agree with your sentiments. It is a scary time that we live in.

@Elaine Hancock: Thank you so much, Elaine! I hope you are doing well ;-)

Nice image of the flags. You know I also agree - it's a strange time.