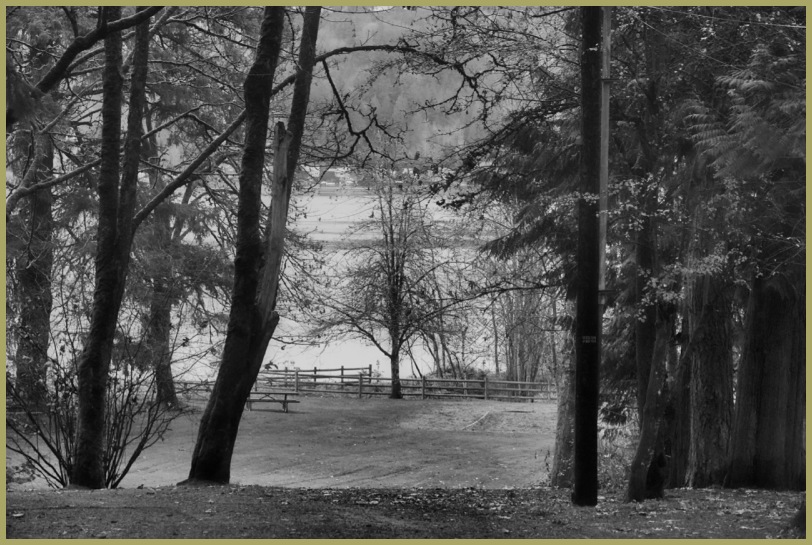 Randy Merman's Song Title Came in Handy for this Finale to my Funky Black and White Series...
Imagine the scary thought of dropping down into an unknown zone....
Sort of reminds me of my old Vietnam Days....

A so-called Head of State chose to avoid that little adventure in Vietnam by having his daddy pay someone off in order to buy his excuse out of going to war....

So this is the end of my Funky Black and White series.....I hope you liked it ;-)

This unknown zone looks pretty peaceful. I can't imagine who you are referring to here. ;-)

@B. Thomas: Thank you so much Barbsra!! Freezing out here tonight - 36 F